Okay, this one was an accident, I swear.

It happened about two weeks ago, when I was reading Atlas Shrugged. I was hit with an idea for a premise to a book. Nothing serious, just a sliver of an idea. Something about art restoration. Not important.

Later that afternoon, I was talking to Abbey. I mentioned the thought I had and she loved it. She started building on it, then I piggy-backed. Nothing major, just brainstorming.

Soon enough it was time to start writing down our ideas. We had spiraled and soon enough we had characters with vibrant personalities and a mystery forming right before our eyes.

For the next eight hours, we did nothing but write the plot to a book.

It was only then, after looking at the completed story, that we had the realization that we were writing a book. It was almost backwards though, the book wrote itself and dragged us along for the ride.

A few days went by and we took a step back. When we returned to look at the idea, we loved it. We thought it was exciting and something we’d read.

On Saturday, we returned to the book idea and started writing. To be honest, this was when it started to feel like work. It was difficult to get the first few words out. We were building details in our story including (but not limited to): floor plans, minor inventions, and fish/coral that can be co-habitable in a fish tank. So yeah, we went a little overboard.

I was hesitant to start this as a project because I wasn’t sure if we’d actually go through with it. If it were just me, I would have started the project here on the blog on day I got the idea. But since this requires both of our participation I had to wait. Also, I realized that if I started it on the blog, Abbey would be guilted into continuing. 🙂

So here we are. I’m not really sure how this project will unfold and whether it’ll take a priority in my life. But now that it’s started, I can’t turn back.

Oh, right. You probably want to know what the book’s about. We really shouldn’t give too much away, we want people to be surprised. It’s Da Vinci Code-esque but revolves around the worlds of art restoration and industrial engineering. As we do research for the book, I’ll likely share my findings. You won’t be completely in the dark, I promise.

Welcome to Jacqueline of All Trades! 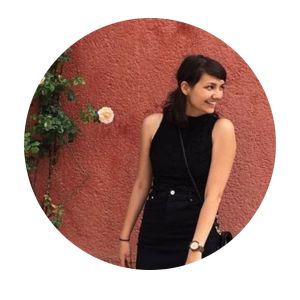 My name is Jacqueline. I’m a 24-year-old law student just trying to explore different projects and businesses. Making something out of nothing, whether it be a skill or a start-up, is an incredibly rewarding experience. Join me on a series of projects, both big and small, as I learn more about entrepreneurship and the limits of my comfort zone.